My interest in Amateur Radio stems from listening on 160m in the 1960’s.  During one of the school radio club meetings, my physics teacher, Charles G3ALA, tuned-down my medium-wave ‘transistor’ radio to cover Topband.  This allowed me to receive Loran, Decca, fish-phone and of course the local AM radio nets in and around Derby. As with many others at the time, I got totally hooked and I wanted to get on Topband ASAP! 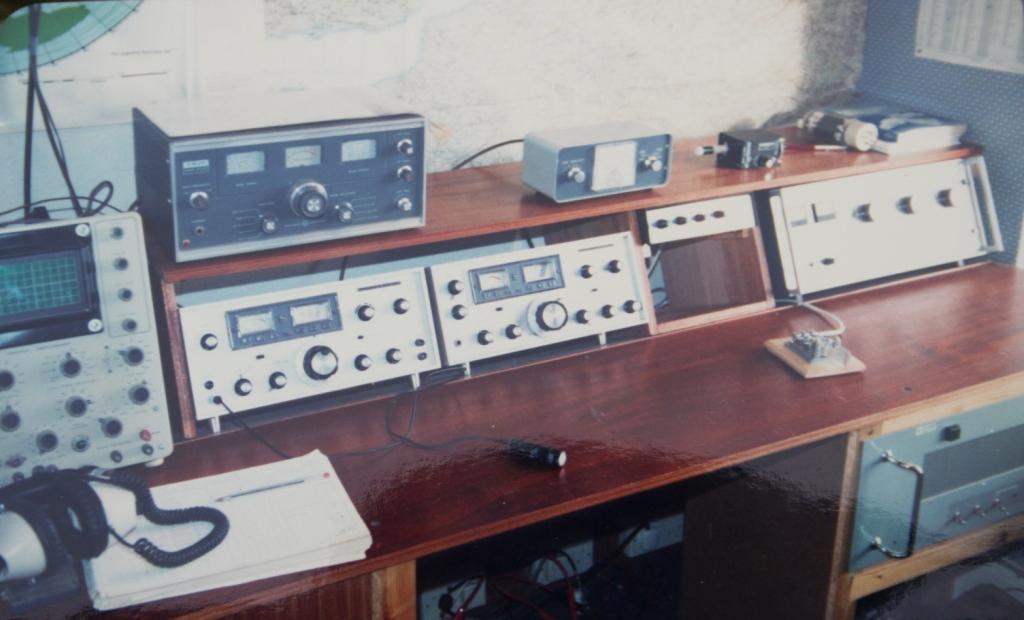 With help from amateurs at the Nunsfield House Amateur Radio Group and particularly the secretary, Peter G3WFU, I managed to pass the RAE in 1970 in my early teens and was eventually licensed in August 1971.  I was hoping for a ‘G3’ call but it took me a while to get to Trusthorpe Radio and take the Morse test.  Hence, I ended up with an early ‘G4’.

In 1970 the antenna mast consisted of two line props tied together that caused aggravation with my mother who wanted them for the washing line.  My father asked “what do you want for a mast” and I replied, jokingly, a 45 ft pole would do nicely!  About three months later a lorry arrived and three chaps got out, unloaded the lorry, and promptly installed an enormous 45 ft guyed mast – much to my surprise.  The impact this had on the hobby is not hard to imagine.

In 1978, the main equipment was a Yaesu FR-DX500 receiver and FL-DX500 transmitter combination modified to cover 160m.

Although relatively old and full of valves, I really enjoyed using this combination and received good reports. Previous to this I had an FT101 MK2 which was more recent but not as nice to use and I don’t think the receiver was as good as the FR DX500!  The shack extended around the room and included a Topband AM transmitter and a load of homebrew junk out of sight. On the right-hand side of the shack was a homebrew linear amplifier built using a pair of 813 valves configured in passive grid covering 80m to 10m. The power supply was a huge brute of a thing rated at 3kV 1A that, in every respect, was an overkill.  On a full power whistle, the whole bench vibrated with a growly 100Hz buzz. 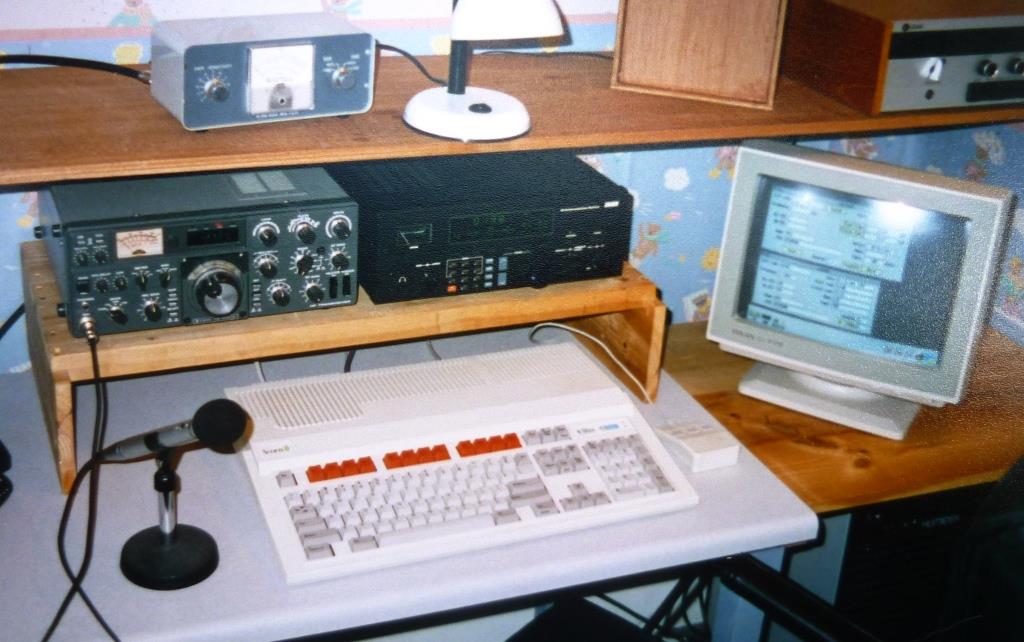 The main shack computer in the 1990’s was an Acorn Archimedes.  This was fine for playing Lemmings but not so good for amateur radio.  I had to resort to writing logbook software to justify it.  The transceiver was a TS-530S that performed very competently.  The combination of a receiving loop antenna and a Drake R8 receiver helped combat the band noise on the main antenna.  I moved into the nursery hence the wall paper. 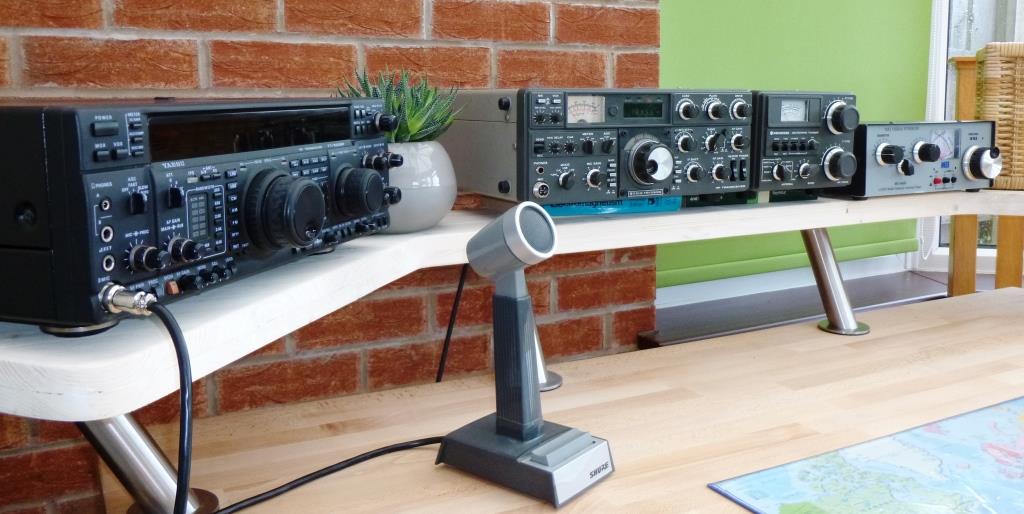 2011 Shack in the Conservatory (Far too Tidy)

For a while in 2011, the shack moved to the conservatory.  It proved too cold in winter and too hot in summer!  It was fine for about two weeks a year.  If anyone is wondering, the posh looking shelf supports are available from IKEA.  After a few months, the XYL dusted me out claiming that I made the house look untidy.  I then ended up in a box room.

Today, I have a very modest shack consisting of an FT1000MP transceiver, a remote Palstar HF-Auto ATU and a SURE 450 Series 2 microphone (Not shown in the photo).  The shack does not really look like this.  The photo represents hours of cleaning out rubbish.  I borrowed the Plants for the Photo – the XYL wanted them back afterwards.  I thought two large screens one above another would be cool – I saw something like that on Star Trek.  However, the top screen causes a pain in the neck and eye strain. 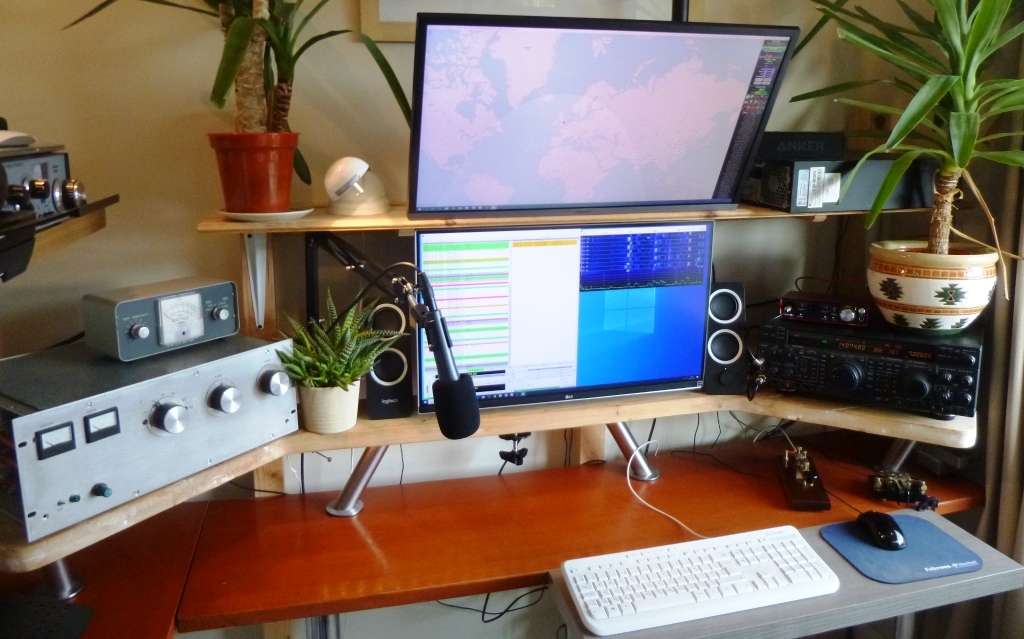 Following retirement, I took the time to rebuild the 813 linear amplifier and incorporate proper safety features including a new power supply.  The new version is grounded grid and it works very well.  Taking 3kV off the anode meter removed the unexpected bangs.